STEP BACK INTO HISTORY AND ENGAGE WITH OUR FIRST PRESIDENT AS PORTRAYED BY VERN FRYKHOLM. 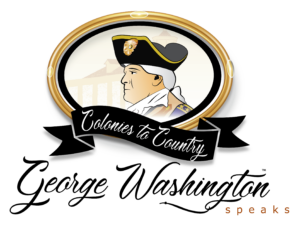 Vern Frykholm has been portraying George Washington since 2012. He has appeared at the George Washington Inn near Sequim, Washington for Washington’s Birthday Tea, the Sequim Lavender Festival in July, and the Northwest Colonial Festival in August for several years. Connect with us to receive his quarterly newsletter and follow his latest activities and appearances.

With Vern’s portrayal of our first Commander-in-Chief and President of the United States, you’ll find yourself standing in history!

He has read extensively and brings an engaging depiction of George Washington to a variety of venues.

Please welcome His Excellency George Washington to your group! He is

“First in war, first in peace, and first in the hearts of his countrymen.” 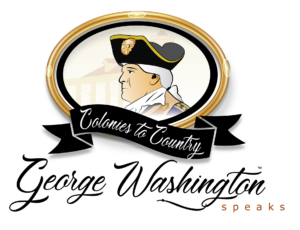 Get our app on your phone with our QR code below:

GEORGE WASHINGTON SPEAKS captivates students and audiences, challenging their preconceived notions about early American history by engaging their eyes, ears, and emotions. We portray those early Americans in the middle of their struggles and watch them work their way through oppression and tyranny to construct a radical new way for people to govern themselves.

We primarily present in-person, on-site presentations which invite many questions.

NEW! We are currently adding a series of six- to ten-minute videos designed for the classroom and homes. After viewing the videos, students can participate in a Zoom session where portrayers answer their questions.