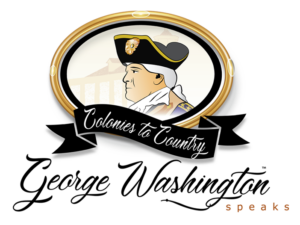 Paul Revere is best known for his “midnight ride” the night of April 18, 1775, to warn colonists in Lexington and Concord that an armed force was marching their way. Our next set of videos will deal with the opening volleys of the Revolutionary War that took place the following morning. 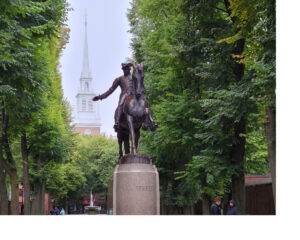 In 1861, approximately 85 years after that event, and many years after Revere died, Henry Wadsworth Longfellow published a poem titled “Paul Revere’s Ride” which generations of Americans read, and many memorized. Longfellow used some poetic license in telling the tale, but you can read it here.

Revere was a silversmith and engraver, and an active member of the Sons of Liberty, a group devoted to freeing the colonies from British control. His house still stands today, and is a popular tourist attraction along Boston’s Freedom Trail.

On two occasions prior to April 18, Revere rode out of Boston with news for the rebels. First, he rode to Concord, where military supplies were stockpiled by the colonists, to warn of British activity in Boston. As British troop movement in Boston raised concerns, Revere rode to the outlying towns with another warning, and on his way back arranged for the signal lights from the Old North Church in Boston. “One if by land, and two if by sea” as Longfellow wrote, would let colonists know which route the British troops were taking to get to Concord and capture the military supplies.

Finally, on April 18, troops began to move out of Boston, and patriot leader Dr. Joseph Warren sent Revere out again to warn the colonists of their approach.
But Revere wasn’t the only rider that night.

William Dawes agreed to join Revere, taking the longer land route, while Revere ferried from Boston to Charlestown and borrowed a horse to ride toward Concord. Concord resident Samuel Prescott met them along the way, and guided them in the darkness, since he knew the area better. Dawes and Prescott aren’t nearly as well-known as Revere, but served with equal courage. All three encountered a patrol of British regulars after warning Lexington, but before they reached Concord. Did they escape? Retreat? Were they captured?

Plan to watch the next series of four short videos to learn the full story!